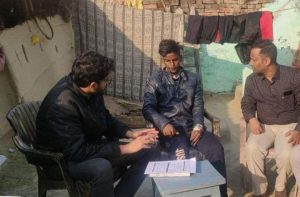 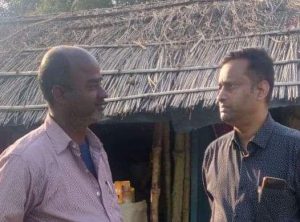 Observing the great difficulty faced by the candidate, NIRDPR  team decided to talk with the candidates family members after discussion the team went to the candidate’s village.

In this difficult situation NIRDPR team counselled Mr Santosh and prayed for his quick healthy recovery. The NIRDPR team also motivated him to rejoin his job after recovery.

Lastly placement verification was done with support of their family and the positive spirit of the candidate.

In ERWC (EGMM) Training Centre Karimnagar, Telangana, where DDU-GKY training is imparted exclusively to girls, a Sanitary Napkin Vending Machine is installed. Any trainee can get it by inserting a five rupee coin. Further, a sanitary Napkin Incinerator is also arranged to destroy the used napkins in scientific way thereby causing minimum harm to the […]

During inspection to Learnet skills Anantnag on 8-December-20, Candidates of Food and Beverage services were asked to show demo of attending guest and serving guest so as to check the quality training.