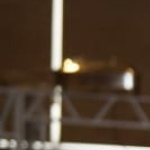 From being a DDUGKY Trainee to PIA Staff

Farukh Khan Place: Karnal, Haryana Background: He belongs to poor family and parental household’s yearly income was INR. 32,000 and source of income is seasonal farming. His prior educational qualification is Intermediate. He was unemployed and his prior income contribution to the household was nil. Training in & PIA: Completed a course in Trainee Associate […]

“Be the change that you wish to see in the world.” ― Mahatma Gandhi The COO, DDUGKY, TNSRLM has making difference in the success of skill development in Tamil Nadu. He has been awarded the certificate for successful completion of course in SOP on Comprehensive (Master Trainer Level).   Author: SANTHOSH L A